After battling depression, a 14-year-old girl was found dead in her school's washroom, on friday afternoon. 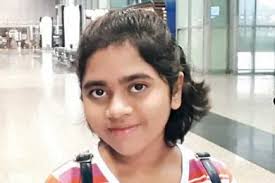 In an unfortunate incident, Krittika Paul, a Class 10 student was found dead on June 21st with her wrist slit, inside the bathroom of GD Birla Centre for Education, Kolkata.

The student left her class at around 1:30 pm to go to the washroom. After being absent from her class for an hour, the school authorities started looking for her and found her dead body. She was found locked in the washroom, lying in a pool of blood with a plastic bag wrapped around her face and injury marks on her left wrist.

After the incident, the school authorities informed the police about the girl's death. Kolkata Police and Forensic officials recovered some blood-stained blades, a pen and a three-page suicide note as evidence from the spot. The message 'I Quit' was inscribed on the wall of the washroom from where she was found.

She was taken to a nearby hospital where she was declared "brought dead". The marks of self-inflicted injuries found on her left wrist were not the cause of her death.

According to the post-mortem report, the student had committed suicide and had died of suffocation.

The girl's mother reportedly told the police that she had attempted to kill herself earlier as well, although she was her class's topper.

A few pages of hand-written notes were also found near the girl's body and they were sent to an expert who confirmed that it was written by the girl.

According to the letter, she was suffering from depression and her mind was in a state of mess.

The girl was under immense stress as she had wanted to get admission at the Indian Statistical Institute and had not slept properly for the last three months.

She was unhappy with the frequent interference of her parents in her personal matters and had dreamt of travelling to Spain, London and also The Everest base camp, according to the note.

"Wherever I look… they have come for me and I must go. Now I am no longer needed. They hurt me. They want me to be hurt, be in pain…they have taken away everything I used for my survival. Everything is so foggy. Nothing seems real now. Everything is a dream…everything. Nothing stays, everything will fade," her last note read.

"They have destroyed me. They will destroy everything that is mine. Oh no that shit forget it. Just like everyone, they will forget me, after all what am I? Nothing at all. I do not know what else to write. I will be over in (a) few seconds, a little pain for greater bliss and eternal oblivion. My lifestyle change drastically over the last few months. I stopped sleeping soundly. Being jolted away in the cold thread by dream of a life I believed I had left behind long ago. I needed help and they only said that I was doing everything for attention. That I did not have the guts to kill myself. Here you go…you look here…I am messed up now. I hold myself responsible for my physical death. I do not want police to bombard random people with random questions. Anyway, I was long battling this thought. Some people had the arrogance to think that I cannot kill myself," the girl further wrote.

The suicide note brings out a serious issue that plagued her daily life. The amount of pressure that she was going through without anyone even noticing, this note brings forth serious questions regarding parent-child relationships in our daily households and the price that sometimes needs to be paid as a result of unaddressed mental health issues.

In December 2017, two physical training instructors of the same school had been accused of raping a four-year-old girl. The incident had triggered mass protests among parents in Kolkata.