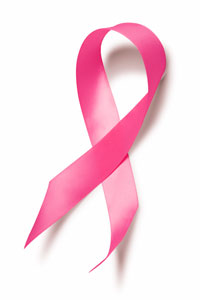 In a recent report released by The New England Journal of Medicine, women diagnosed with early stage breast cancer can now skip chemotherapy. This will recede the rate of women who seek chemotherapy after surgery for breast cancer.

According to a report by the Washington Post: The findings came from the largest breast cancer treatment trial ever conducted and showed that most patients who have an intermediate risk of a cancer recurrence — a group that numbers 65,000 women a year in the United States — can avoid chemotherapy and its often debilitating side effects.

In a similar report, the decade-long study had previously confirmed that patients at low risk, as determined by a genomic test of their tumors, can skip chemotherapy. One out of 37 women have chances to loss their live due to Breast cancer. However, early screening and treatment can help a women avoid surgery or chemo as prevention is better than cure.

The reports show that 70% of women are diagnosed with the most common breast cancer.

In recent years, many doctors said that women with early-stage cancer were being over treated. They have reduced the use of chemotherapy which causes nausea, fatigue and, in rare cases, more serious complications such as heart failure and leukemia.

Talking to Washington post, James Doroshow, director of the cancer treatment and diagnosis division at the National Cancer Institute, which was the primary sponsor of the study, predicted that the trial would lead to changes in treatment "for a large number of potential patients." He expects treatment guidelines to quickly change based on the study, which was conducted by a research group named ECOG-ACRIN. Their study showed, for example, that chemotherapy use in patients whose cancer had not spread to the lymph nodes declined from 26.6 percent in 2013 to 14.1 percent in 2015.

Some facts about Breast cancer:

Breast cancer is most common among women but men too can have breast cancer.

Symptoms can be swelling or lump in the breast, pain and discharge in nipples

Regular check-up for women is suggested

All lumps in the breast are not cancerous