The Danish Parliament banned its citizens from wearing burqa

After France, Belgium, Bulgaria and parts of Switzerland, another European country bans wearing of burqa. 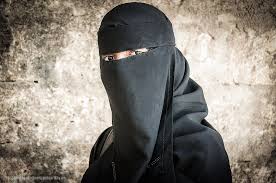 Denmark is the latest European country to ban burqa worn by the Muslim women after the Danish parliament passed a law on Thursday. The law not only boycotts burqa but at the same time imposed a heavy fine if anyone in the public will be seen wearing a garment that hides their face.

According to NDTV reports, the law was passed by 75 votes to 30.

The law further stated that the person will be fined for 1,000 kroner ($156, 134 euros) if he/she is seen wearing burqa or niqab (a full-face veil through which only the eyes are visible) in public places.

If a person commits the same offense again, they will be charged with 10,000 kroner.

The law was presented by the center-right government and the legislation will come into effect from August 1. It has further been noticed that the Social Democrats and the far-right Danish People's Party have shown their full support in approving the law.

Although one does not know that how many women prefer to wear burqa or niqab.

"I don't think there are many who wear the burqa here in Denmark. But if you do, you should be punished with a fine," said Justice Minister Soren Pape Poulsen. The European Court of Human Rights last year upheld a Belgian ban on wearing it in public (NDTV).

France was the first European country that banned the niqab in public places. Its law took effect in 2011.

In a statement, Amnesty International said a ban was neither "necessary nor proportionate" and accused Denmark of violating freedom of expression and freedom of religion.

"If the intention of this law was to protect women's rights it fails abjectly," Amnesty International's Europe Director Gauri van Gulik said. "Instead, the law criminalises women for their choice of clothing and in so doing flies in the face of those freedoms Denmark purports to uphold."

Countries like France, Belgium and Bulgaria have passed similar laws opening a debate on right to choice and freedom of expression.