Why US-China trade war could be good news

India must seize the opportunity arisen from the strain in the US-China relations. 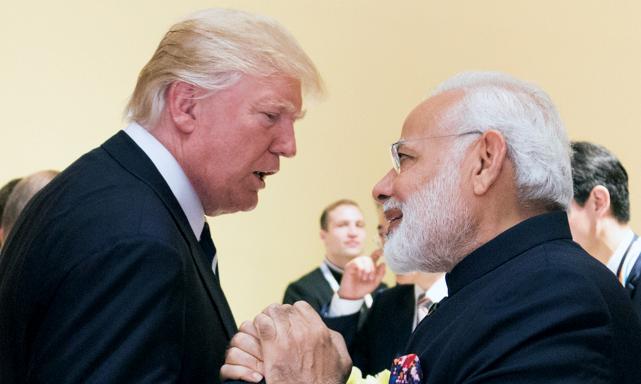 Last week, in an interview with CNBC, US president Donald Trump suggested to slap more tariffs on Chinese imports. Earlier this month, US placed tariffs on Chinese imports worth $34 billion, with $16 billion more to be added. The total Chinese goods coming to America is worth more than $500 billion and President Trump has indicated to "go to full $500 bn" which might escalate tensions between the two nations.

Amid the humiliation caused by his statements in Russia - suggesting he placed trust in Putin over American agencies and retreating later because of the huge backlash - President Trump has opened fire against China in the name of putting the "country's interest" first. First on television and then on Twitter, he attacked China for "currency manipulation" and suggested previous deals of being nothing more than a "BAD deal".

China, on the other hand, has responded in a calculated way. At first it retaliated by imposing a tariff of similar size i.e. $50 bn immediately after US actions. Chinese government, media and experts responded quickly in the aftermath of Trump's decision by calling his administration "a bunch of hoodlums" to appealing other nations to stand against US. However, the recent implication by the US President has not attracted any tit for tat reaction. China is maintaining a mysterious silence. Could it be the calm before storm? You never know, but what we certainly know is the war has begun. Remember, Trump has never castigated Chinese president Xi Jinping; on the contrary he would praise his leadership.

This burgeoning strain in the US-China trade relations could be a blessing in disguise for India. Currently, the Indian exports worth less than 10% of what China sends to America. China and India export a range of things to US including medicines, mobiles, leather products, jewelry etc. But if there is one sector where India can and should look into; it is the apparel industry. While working on a documentary last year, I met Anuj Chande, partner, Grant Thorton UK, who said "the future of Indian businesses and India's position would depend on its competitiveness". This was in response to Indian textile exports to the UK and applies to US too.

Both India and China export clothes to US. However, where India accounts for around 5% of apparel exports to the United States, China sends more than 35% dwarfing the Indian contribution. This is an opportunity for India to focus on the apparel industry and scale up the manufacturing. The cheap Indian labor market is in its favour and both the state and central government should work hand in hand. In the wake of new tariffs, Chinese exports will become expensive whereas Indian clothes would be available without much swinging in the price.

The other advantage that India has is President Trump's soft stand on India. The US president has avoided a direct attack on India other than sporadically hinting about countries "benefitting from trade relations with US". This should be a sign of positivity as Trump has accused almost every country's trade deficit as "taking advantage" of US.

The textile industry in India is facing a number of challenges. Though the government has started to recognize its importance by linking different ministries to each other, for example- transport and textiles, the problems are persistent. In 2016, the Modi government announced Rs.6000 crore for generating jobs in the industry, but that is a drop in the ocean compared to the international manufacturing market. Clothing industry remains bedeviled by the lack of raw materials, sparse skilled labor and competition from countries like Bangladesh and Vietnam.

Garment production is the largest employer in the country. Is the government ready to drape a fresh piece of initiative over the body of US-India relations?