Report News
Home > Editorial > Why IF Mr. Khan? Speak like a winner

Imran Khans lifts the electoral trophy but somehow I am not Panglossian about his prospective performance. 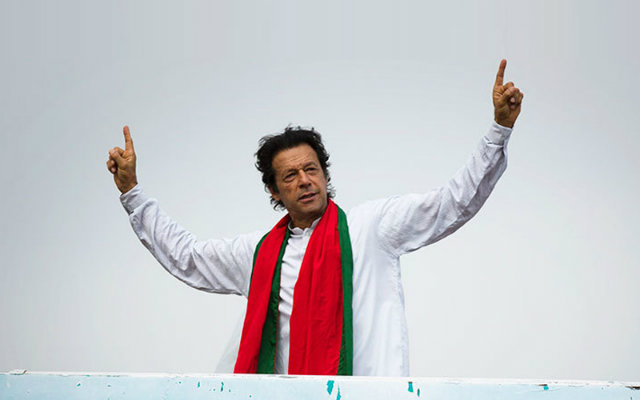 Cricket fans must be aware of the global stardom that Imran Khan enjoyed by winning the world cup for his country in 1992. His vogue has rivaled some of the biggest stars of the Asian Tinsel town and beyond. The global media has always been a fan of his flamboyance and treated him like a star than a politician ever since he stepped into Pakistan's political arena. And therefore the hopes are high and so is the adrenaline rush into the veins of Pakistan's rare opportunity of romancing democracy.

What is Imran Khan going to do is certainly an important question but not more than how is he going to do whatever plans he has. Like most or all other elections in Pakistan, the current too is reeling under controversy. While the former skipper declared victory before the final results, the opposition, too, leveled charges of entire election being rigged, much before the process was complete.

Rigging is a serious issue in democracy which, unfortunately, is also commonplace. Politicians crying foul, questioning elections when in opposition but showing full faith in the same institutions happens across the globe. Remember the current president of the United States, who as a republican candidate, questioned the legitimacy of elections and called it "rigged" in "Crooked Hillary's favour"?

However, there is a difference. While Mr. Trump's tirade was against "dishonest media", this is about the most powerful organization in Pakistan: Military. The entire opposition has galvanized against Imran Khan and unequivocally lambasted him for "taking support from military". A wide range of allegations have been charged against PTI for colluding with army in "intimidating opposition candidates", "chasing polling agents from booths" to "threatening with consequences".

The election saw a blood bath on the streets with dozens killed in a suicide bomb attack leaving scores injured. Democracy often comes at a price especially in its nascent stage. For Pakistan, despite a history of more than seven decades of its existence, the will of the people is still to be exercised by the people and for the people.

This brings the key question regarding Mr. Khans' premiership. Can he really look into the eyes of the army oligarchs and place the requirements of the nation above the whims and fancies of those unilateralists? Both yes and no could be the answers depending on which Imran Khan you have followed. The one who addressed the people just after the election sounds sanguine and strikes a conciliatory tone. He talks about cooperation and development. But slowly rewind the tape and go back to the campaign and his statement might make you squirm. He accused Nawaz Sharif's party of being "Pro-India". What does that mean? What is Pro-India? Does it mean an attempt of truce is far from his agenda? In his message post election he said he is looking to have better ties with India "if India was ready" for it. This "if" is nothing but a harbinger of protracted diplomatic discourse. This is an overture that India-Pak relations might be trudging on the pitch of Kashmir conflict.

Leave India aside for a moment. Let's look at his views on the challenges faced by the people of Pakistan who he claims to stand for. He is a Taliban sympathizer called as "Taliban Khan" by his critics. Religious hardliners have no issues with him being in the office, thanks to his pratfalls like opposition of women security bill, which means women would continue to be put behind the bars for pre marital sexual relations. An Oxford graduate, and I am not patronizing, is against the idea of consensual relations.

But that is for the people of Pakistan to chew over. What Indians need to think about is his views of the terrorist organization Harkat-ul-Mujahideen. He wasn't squeamish about taking support from Fazlur Rahman, Laden's alleged wingman. The famous BBC interview, in which he was pressed by Zeinab Badawi only thickens the smoke of confusion regarding his views on separatists.

For a country which has been under military rule for more than half of its life should be ecstatic about an outsider hitting the ball of dynastic politics as hard as he could. However, I don't have a Panglossian view about Mr. Khan though I would love to be wrong in the interests of India and Pakistan.