Karnataka polls and signs of times ahead

Pushed out of the agenda were all the issues that mattered to the citizens, like corruption, welfare measures, peace, infrastructure, farmers' woes, etc. That is the sad essence of the Karnataka election. 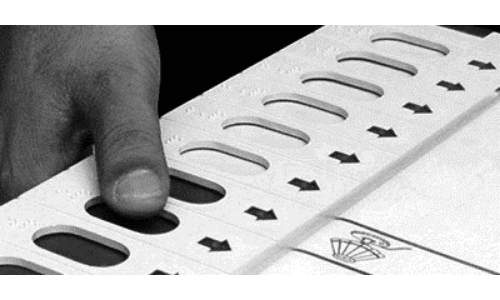 Now that the dust has settled on Karnataka results and realignment of forces happening to form the government there, it is time to look at the impact of these polls on the politics of the nation ahead, specially with general elections a year ahead.

Uniformity in Principles in Case of Hung Legislatures

Bommai Case in Supreme Court led to these largely accepted rules of operation through Court ruling in case of hung Legislatures:

(A) Leader of the pre or post poll combination which is most likely to provide a stable government; if not, then

(B) Leader of the single largest party; if not/fails, then

(C) breakdown of Constitutional Machinery leading to a new election

So, why dithering we see in case of Karnataka now? India needs to seriously debate on first past the post system, whether to have separate weightage for seats and vote-shares as in many democracies, whether to continue with ambiguity in the powers of the Governors, etc. Grey areas need to give space to well laid out transparent principles of business.

Results show that in spite of higher vote share (38%) Congress could not win more seats than the BJP (36%), and if the opposition votes of Congress, JDS and BSP are added, they have a sweeping victory in Karnataka with a whopping 58%, as noted rightly by the West Bengal Chief Minister, Mamata Banerjee. Hence, politics in every state ahead will take a bipolar character: BJP and Non-BJP, similar to what it was like Congress and Non-Congress just a decade ago.

It is also significant to note that Congress CM Siddaramaih (Siddu) had reposed faith in his AHIND formula of uniting Muslims, Dalits and tribals who together account for 39% of the electorate. But the combination seems to have got split between Congress and JDS-BSP combine as their constituencies are similar. Thus Congress lost out on major mass vote counts. The Vokkaliga-Dalit combo has worked for JD(S).

The BJP is popular in north and central Karnataka while the JD(S) is strong in the Old Mysuru region and southern Karnataka. While BJP enjoys the support of Lingayats despite Siddaramaiah wielding the separate religious identity card, the JD(S) is rallying the Vokkaliga community voters. Hence, to defeat BJP in Karnataka, and by the same logic elsewhere, political forces of the same constituency must avoid a fight among themselves.

Only an united opposition can combat an aggressive BJP riding the Hindutva bandwagon, and nothing else.

The success of BJP in this context also proves that corruption was a non-issue in the polls since the CM face Yeddyurappa had to resign last time on corruption charges, but still given leadership, and the mining scam tainted Reddy brothers of Bellary have been given 8 seats by BJP. Association of Democratic Rights says that 37% of BJP candidates have criminal cases, with 27% having serious cases like murders and rapes, while the corresponding figures are 25% and 14% for Congress. However, 94% of Congress candidates were crorepatis while 93% of BJP candidates were the same.

These facts show that for all major parties only winnability counts, whether based on identity considerations or resources they command, to make an impact on ground during electioneering, and not corruption or wealth amassed.

Siddu first tried the Jayalalitha way of populism by bringing in succour for the BPL families, through guaranteed cheap rice and pulses, and low priced cooked food. But this did not cut much ice with a large section of the poor electorate. Siddu led Congress ran a campaign based on Bihari versus Bahari model of Nitish Kumar of Bihar, but failed. He tried to capitalise on slogans like 'BJP is a North Indian party' or 'affluent South Indian states are funding regressive North Indian states' after this issue came up in the last Finance Commission meeting.

From playing the Lingayat card, caste votebanks, rooting for separate state flag, and leading a tirade against Hindi, Siddu tried all tricks and failed. These did not go well with the middle class either.

Hence, substantive social security measures in the form of a better public education & healthcare (as being done in Delhi state), coupled with a national perspective to politics which is not antithetic to local interests, alone can carry the poor and the middle class together.

Perhaps the first election in which a large quantum of the hi-tech big data armoury was deployed is the one that just ended, and by all the three major parties. To simplify the Big Data approach, if a party (or a candidate) has a good idea of the political views and likes/dislikes of as many voters as possible, it can use this information to fine-tune its own outreach to voters and influence their votes, and a new ploy like this can indeed decide the outcome when elections are won and lost over a margin of a few thousand votes.

This brings us to the next added aspect of the twin attack on the gullible voter: Funds.

This was arguably also the costliest election of its kind in India so far. Money and muscle power are now replaced by money and data power. In place of social engineering, it is time for social media engineering. Going further, and going beyond TV debates and public rallies, elections in India are now fought and won on WhatsApp.

Debates and rallies give cues to be whatsapped with a deadly concoction of factoids and lies. In a high profile election, seen as a preview of India's national election next year, the country's two major political parties noted that they each amassed more than 20,000 WhatsApp groups, thereby claiming they could reach more than 1.5 million loyalists in minutes. But many of those messages have been false and inflammatory, twisting the words of political opponents and ratcheting up tensions between Hindu nationalists and the country's Muslim minority.

Later it was found that only 10 of the 23 killed were linked to communal clashes, one was alive, 2 committed suicide, and 3 killed in family feuds. But the damage was done for polarisation. Similar lies were peddled by PM Modi when he wrongly spoke about Nehru insulting army heroes of Karnataka, General Thimayya and General Cariappa. Whatsapp as a personalised amplification tool is expected to be heavily used ahead in electoral battles and if unchecked can wreak havoc.

Concerns for the Long Run:

Karnataka marks the beginning of a new trend in politics –armed with all the relevant information about the voters, technical wizkids were out to manipulate their behaviour. In any case, voters' intelligence may not be apparently a match for artificial intelligence backed by the razzmatazz of the money power, which can create viral views and get that accepted by the masses, especially in communal and casteist issues.

Post-truths shall have a field day. Pushed out of the agenda were all the issues that mattered to the citizens, like corruption, welfare measures, peace, infrastructure, farmers' woes, etc. Democracy in its content may remain intact but it will be flagrantly violated in spirit if these trends continue. That is the sad essence of the Karnataka election.