"I request you to have this site blocked immediately and initiate action against the owners/developers of the website and the agency which is hosting this website," the minister said 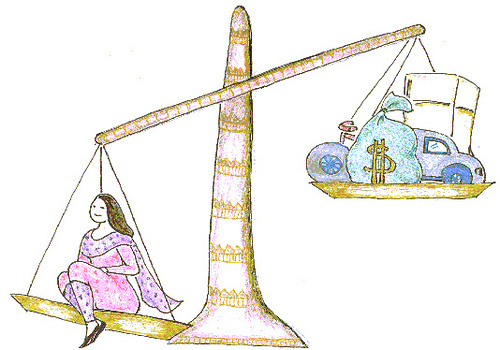 Union Women and Child Development Minister Maneka Gandhi has asked Information Technology Minister Ravi Shankar Prasad to block a website named www.dowrycalculator.com which claims to calculate the dowry amount grooms should expect. She has asked the IT Minister to take action against its developers. (NDTV)

The website consists of a form that requires the details of a groom like age, caste, skin color, profession, qualification, and income etc. and calculates dowry that a potential groom can expect respectively. The amount is then displayed with a message, satirical in nature, suggesting the prospective groom better his social standing or congratulating him for his "achievements". (The Statesmen)

According to The Statesmen reports, matrimonial website shaadi.com too has a dowry calculator on its portal. Millions of users have taken its quiz so far, expecting to find the dowry amount they can charge. But instead of the amount, the quiz result displays the number of dowry death figures of India.

In the letter, Ms. Gandhi asked Mr. Prasad to block the website as soon as possible since this site may promote more dowry cases. Ms. Gandhi mentioned that such an act is not only shameful but illegal also as it promotes dowry.

"I request you to have this site blocked immediately and initiate action against the owners/developers of the website and the agency which is hosting this website," the minister said (NDTV).

The minister has also asked the Secretary, Ministry of Women and child development to initiate proceedings under the Dowry Prohibition Act in this matter.

Such a website may mislead the youth and end them up doing a punishable offense. The site has been seen by some people on social media networks and its description says "dedicated to all the matchmaking aunties of India".