Col Mukul Dev is an army officer fighting for the implementation of NFU, a benefit already granted to the IAS, IFS and IPS officers. Why must our armed forces fight battles both on the border and inside their own nation? 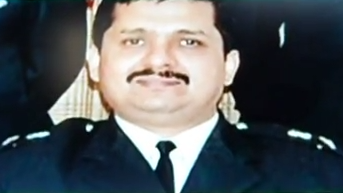 At a time when election rhetoric is largely centered around nationalism and the importance of the armed forces, sometimes one is led to question whether these issues are brought up only to gain political mileage, or whether the government genuinely pays heed to their welfare.

One such case in point is that of Col Mukul Dev, presently posted as Deputy Judge Advocate General in Bathinda-based 10 corps. In the past, he has been issued a show cause notice by the Indian Army for initiation of an Administrative Action against him when he issued a legal notice to the Secretary of Defence. He had demanded that the government orders withdrawing free rations to officers posted in peace areas should be cancelled. He was then denied his due promotion, even though he had exercised his basic right as a citizen to serve a notice under Section 80 of the Civil Procedure Code, 1908. At present, he has been embroiled in a legal battle with the Ministry of Defence ever since the armed forces were excluded from being extended the benefits of Non Functional Financial Upgradation (popularly known as NFU) introduced with the 6thcentral pay commission.

What is NFU and why are the armed forces being excluded?
To offset the financial loss due to the lack of promotional avenues in government services, NFU was introduced with effect from January 2006. It implies that whenever an officer in the "Organised Group A" service (minus the categories that have been excluded) gets empanelled at a particular appointment, all other Group-A service officers are also upgraded to the same level. This is done after a period of two years on a non-functional basis, irrespective of whether they are actually promoted or not. Consequently, almost all organized Group A officers who are on the receiving end of this will be retiring at the same pay and pension grades as compared to the functional grades held by them.

At first, NFU's were granted to IAS officers, and later extended to IPS and IFS officers as well. In a recent judgment by the Supreme Court of India, NFU benefits were also granted to the Central Armed Police Forces, despite the government arguing that they do not come under the "Organised group A service" category.

The struggle so far
The Armed Forces Tribunal (AFT) admitted Col Dev's petition for the grant of NFU to armed forces in the year 2016. 289 other officers also filed individual cases for the same, that were all clubbed together. The AFT gave one judgment for all the clubbed cases and granted NFU to not only the petitioners but also to all other officers. The Ministry of Defence filed an appeal with the Supreme Court against the AFT ruling. Arguments have been made and the judgment has been reserved.

"The stand taken by the government is quite paradoxical in as much as, on one hand, they demand every possible support/assistance from the armed forces, and on the other hand, the armed forces are not given their due. The fact that the ones who do not wear uniforms are entitled to NFU is bizarre as it is the civil servants themselves who are instrumental in making these decisions," says Advocate Sushant Bali, currently practicing in the Delhi High Court.

He further continued to add "The non implementation of NFU for armed forces cannot be, in any stretch of imagination, termed as 'restrictions' as contemplated under Article 33 of the Constitution of India. It would not ensure any proper discharge of their duties or maintenance of discipline, rather it would be detrimental to the institution of armed forces if they aren't given their dues."

Witnesses inside the court room at the time of arguments, including Col. Mukul Dev's son Nehal Agarwal have claimed that ASG Mr. Banerjee stated that the Armed forces were not in need of provisions such as NFU, as they already had various privileges including possessing "palatial houses."

"This is a blatant lie. Compare any IAS bungalows with the houses of an armed forces officer and you'll see. Armed forces' terms of service are much worse than those of the IAS officers, then why do the IAS compare them with us and the government permits them to do so? Are the Armed Forces mere servants?" commented Nehal.

In their arguments, the government has further contended that the armed forces already enjoy various tax benefits, subsidies, are bound to answer the call of the government as their salaries are paid by taxes paid by civilians, and that the implementation of NFU will bring a "command and control" problem. These arguments seem quite bizarre, seeing that even the armed forces' officers themselves pay taxes deducted in the form of TDS. Moreover, implementation of NFU will only give an increment to the pay of the officers. The concerned officer would retain his own rank and old appointment only and seeing that the armed forces chain of command functions on the basis of rank and not pay, this shouldn't cause a problem. The Hon'ble Supreme Court in the NFU case related to CAPF's has already refuted a similar argument.

Other serious allegations against the government are also coming to the fore. "While the case of NFU has been going on in the Supreme Court, calls were being made to my father. He received 5-6 such calls from 'private numbers' pressurizing him to 'Drop the case or you will be eliminated.' As you may know, private numbers can't be used by any regular citizen, these numbers are specifically given to government officials and high-ranking armed officers such as chiefs. The government has come down to dirty tactics." Nehal Agarwal has claimed.

Keeping all this in mind, one must come to the important question. No country in the world ever fights tooth and nail against its own armed forces and punishes their own officer for seeking justice and exercising her/his fundamental right to seek legal remedies. Why then, must the idea of cost-cutting only come to mind when it comes to those who protect our borders? Why must they be specifically excluded when other government officials aren't? Why must they have to fight lengthy legal battles in order to get basic privileges?

Is the government using the armed forces as a prop to seek some political mileage, and merely doing lip service? Why aren't our "Siachen ke jawans" being treated like honourable citizens who have been serving the nation by putting their lives on the line? It is never easy to fight a government single-handedly and Col. Mukul Dev is bearing the brunt of it. Will the Modi government come out of its pettiness and fight the case with honour.