Firearms and hate will pose problems for the new India

Both guns and hate seem to be emerging as big problems in a society that stands on the cusp of development and radicalisation. 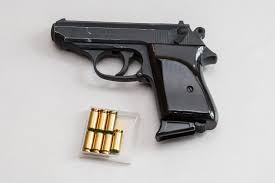 This recent video emerged on social media where these youngsters are seen abusing a community and asking other people of their religion to buy guns. Both guns and hate seem to be emerging as big problems in a society that stands on the cusp of development as radicalisation.

India already had some of the strictest gun laws in the world, a vestige of British colonial rule, which aimed to disarm its subjects. Indian law allows citizens to own and carry guns, but it is not a right enshrined in the constitution. Getting a gun license in India is a difficult task that can take years. Now, in the most ambitious restructuring of arms rules in more than five decades, the government has made the laws even tougher. Prospective gun owners will have to show they have been trained, and they must carry their firearms only in holders and secure them in a "knocked down" condition in gun lockers at home. The government will declare new gun-free zones, in addition to schools, across the country. Even air guns will require an arms license. The new gun restrictions are not a reaction to recent violence. The process has taken five years, but it quickened after Prime minister Narendra Modi was elected in 2014. The rules were put into effect last month and will be presented in Parliament. (washingtonpost.com)

Any expression, be it written or spoken, that is intended to create hatred or contempt against the government of India is considered an act of sedition and the individual is booked under Section 124A of IPC. (elections.in)

Similarly, under Section 153A, any individual promoting communal disharmony or feelings of hatred "between different religious, racial, language or regional groups or castes or communities" through spoken or written words is considered to be have committed a crime. (elections.in)

Gun crime on the rise

India reportedly accounts for 40 million firearms, of which only 5.5 million are licensed and in civilian hands. We have the second-highest total in the world, after the US, though it amounts to only four 4 for every 100 people in India compared to 90 guns for every 100 Americans. (firstpost.com)

Gun crime has consistently been on the rise in India, and every few weeks, there is a new tragedy. An armed gang shoots a woman over a small piece of jewellery, a disgruntled stalker shoots a college-going girl because she does not acknowledge him. The common denominator is easy access to firearms. Anyone can be armed and dangerous these days. All it takes is a little money — and not as much as you'd think. (firstpost.com)

Communal tensions may fuel the fire

If communal tensions stay on the rise and the government does not clamp down on individuals who post hate messages then India is looking to deal with a larger problem. One of the big advantages India has had is lack of weapons in India and that has helped keep the homicide rate lower than many first world nations.